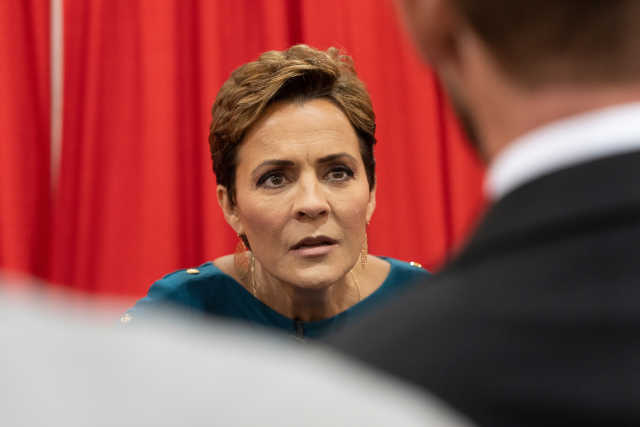 (TeaParty.org Exclusive) – The plot continues to thicken in the state of Arizona as Republican gubernatorial candidate Kari Lake continues to challenge Maricopa County’s certification of election results from the 2022 midterms in court. Apparently, the chairman of another county has come forward and made the claim that he was under duress when he cast his vote to certify the results.

“I found out today that I have no choice but to vote ‘Aye’ or I will be arrested and charged with a felony,” Ron Gould, chairman of the Mohave County Board of Supervisors, went on to reveal, according to Art Moore’s report for WND.

Arizona Secretary of State Katie Hobbs, Lake’s opponent in the governor’s race, is also the individual who is overseeing the election — which should be a conflict of interest — has threatened to press felony charges against any officials who refuse to certify the results of the election.

Hobbs has filed a lawsuit against Cochise County for not certifying by the Monday deadline. Again, this should have been considered a conflict of interest. Hobbs should have stepped down from her position in order to run for this office. Lake demanded that she recuse herself, but she refused.

The lawsuit filed by Lake against Maricopa County election officials explained that it’s her desire “that every lawful vote be properly counted and every voter who was eligible to vote be allowed to vote.”

“On Monday, as WND reported, following the passionate testimony of poll workers and voters, the Maricopa County Board of Supervisors voted unanimously to certify their election canvass,” Moore wrote. “Lake, who lost to Katie Hobbs by less than 18,000 votes according to the official count, has charged voting tabulator and printing malfunctions suppressed the vote on Election Day, when most of her supporters planned to cast their ballots.”

Moore continued, “During the public testimony, a poll observer said that at 7 p.m. on Election Day, when the polls closed, there were 675 people waiting in line at his voting location. Only 150 of those people ended up voting, he said. Another poll observer testified that a vote tabulating machine that was found not to be working the night before the election during a test run, nevertheless, was used the next day. Another poll worker described ‘complete chaos’ as machines broke down and angry voters said they had to get back to work, concluding it amounted to ‘voter suppression.'”

Toward the meeting’s conclusion, Maricopa County Recorder Stephen Richer then made the claim that no voter was disenfranchised. Board Chairman Bill Gates went on to acknowledge “this was not a perfect election” but upheld the accuracy of the count.

During the later part of the day on Monday, Lake released a video update where she thanked the citizens who spoke at the Board Supervisors meeting.

Lake then explained that she is working closely with a “team of patriotic, talented lawyers” on a legal challenge of the election results. As well she should because it certainly seems there’s a lot of evidence to support some kind of shenanigans happening here.

“Arizona, America, if we do not stand up and speak up right now about the most dishonest elections in the history of Arizona, I truly fear for our future,” the GOP candidate remarked.

An update on our Fight, Arizona: pic.twitter.com/tXrjrTFDc8

Here’s a video of the Maricopa County Board of Supervisors meeting for those interested: