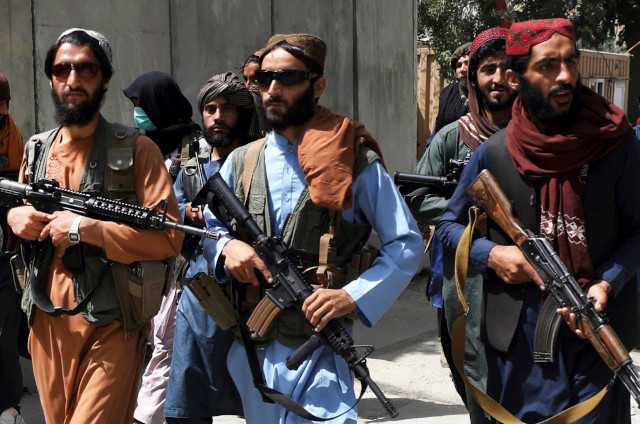 (TeaParty.org Exclusive) – The irony of radical leftists labeling conservative Americans as “dangerous” is that it is actually them that pose the greatest threat to the US and our way of life.

If it doesn’t infuriate you when Deep State operatives like ex-FBI executive Andrew McCabe talk about Trump supporters as if they’re as bad as Islamic terrorists, it should.

McCabe made some truly shocking remarks during a recent speech at the University of Chicago in which he said that American conservatives share “many of the same characteristics” as radicalized Islamic extremist groups.”

“I can tell you from my perspective of spending a lot of time focused on the radicalization of international terrorists and Islamic extremist and extremists of all stripes… is that this group shares many of the same characteristics of those groups that we’ve seen radicalized along entirely different ideological lines,” he said.

A report by the Federalist explained, “McCabe was fired as the deputy FBI director for leaking sensitive information about an investigation into the Clinton Foundation and then lying about it under oath. He also took part in spying on the Donald Trump campaign through a secret warrant granted by the Foreign Intelligence Surveillance Act court.”

But, according to McCabe, it’s conservatives and Trump supporters who pose a threat to the US. Right.

McCabe was discussing “democracy” but as the Federalist noted, “The dossier he used to obtain the surveillance warrant was funded by Hillary Clinton’s campaign and, in an ironic twist, was itself the product of Russian disinformation. McCabe and his allies in corporate mediate justified all sorts of similar illegal and undemocratic tactics to discredit and attempt to unseat President Trump.”

For the duration of his presidency, the radical left led by the Deep State of which McCabe was a part of, attempted everything they could think of to try and unseat President Trump who was lawfully and duly elected by the people.

Yet, somehow it is conservatives who are the biggest threat. These people are utterly delusional.

According to the report, McCabe went to great lengths to discuss his thoughts on conservatives and even likened them “to members of the Islamic Caliphate.”

“According to McCabe a grandma who shares a Federalist article on Facebook and your uncle with a ‘Let’s Go Brandon’ coffee mug are in the same category as a jihadist who killed 49 people at an Orlando nightclub,” the report pointed out.

McCabe specifically went after concerned parents who have been speaking up at local school board meetings against Critical Race Theory and abusive and futile COVID mitigation efforts in schools.

“Political violence [is] not just confined to the Capitol,” McCabe said. “It’s going on in school boards around the country. It’s going on in local elections. It’s happening, you know, even to health-care workers.”

Such issues, he explained, provide a “very diverse and challenging threat picture.”

Democrats like McCabe are labeling concerned parents who speak at school board meetings as “domestic terrorists” and the disturbing part is they’re totally serious about it.

How ironic that McCabe calls this “political violence” especially when it is the Democrats who are literally holding political prisoners from the Jan. 6 riot in federal prisons. Anyone who simply disagrees with the Democrats and their radical agenda are now labeled as “dangerous” and “domestic terrorists.”

Who is actually engaging in so-called “political violence?”

McCabe went on to assert that conservatives are so dangerous that it is “essential” for the government to have a “rapid and complete response by law enforcement at the state, local and federal level to this sort of political violence.”

He stated that Americans who express their disagreement with the Biden regime and the radical left agenda should be “considered a threat to national security [that is] not tolerated.”

Naturally, his solution is for more surveillance of Americans whose political opinions he and fellow Deep State radicals don’t like.

“I’m fairly confident the FBI [and other agencies] have reallocated resources and repositioned some of their counterterrorism focus to increase their focus on right-wing extremism and domestic violent extremists. And I think that’s obviously a good idea,” he said.

He added that watching out for “fringe” threats just isn’t enough.

“It’s entirely possible that when the intelligence community and the law enforcement community looks out across this mainstream, they didn’t assume [on January 6] that that group of people — business owners, white people from the suburbs, educated, employed — presented a threat of violence, and now we know very clearly that they do,” he said.

Interestingly, McCabe ended his lecture with a statement of equality under the law.

“Whether you are a Trump supporter or a Biden supporter, right, left, or otherwise, we should all be able to agree on the principle that no one is above the law,” he stated.

“…[F]rom the lowliest trespasser on January 6, up to the highest-ranking government officials who may have been aware of a plan that would ultimately lead to violence in the Capitol––those people should be held accountable, period,” he announced. “And if we can’t do that, that is just another sign that we are becoming a non-functioning democracy.”

What do you call a society in which criminals such as McCabe still have a platform to freely lecture people about equality under the law?

Family members and peers are often best positioned to witness signs of mobilization to violence. Help prevent homegrown violent extremism. Visit https://t.co/bql36iSbig to learn how to spot suspicious behaviors and report them to the #FBI. #NatSec pic.twitter.com/ZwJp5h5bWD

In both Cuba & China, they also ask children to spy on their parents…. https://t.co/ss9TKNEBlz

This is outrageous. The @FBI has a growing credibility problem and this type of sinister snitching is clearly unhelpful.

Here's the FBI encouraging people to monitor family members for signs of extremism so that they can "report them to the #FBI." https://t.co/mpC5nJ7N9y

FBI asking Americans to snitch on their family members. The agency has gone full KGB.#Scary. https://t.co/Rse05KMvLs

#ATTENTION: Would all family members and peers of anyone who participated in Antifa/BLM riots during the past year of progressive violence, please turn them in to Biden's FBI? Thank you for your patriotism. #WhiteRage https://t.co/1mXlLalkoi pic.twitter.com/KgB9lRvMKU

Yeah, all of them.

Failure to impart usable skills for gainful employment turns vulnerable kids into youths and adults whose lives descend into desperation and crime.

And now they're indoctrinating kids in race hatred. https://t.co/gAYn2KvXfn

AntiFa is the #1 domestic terror organization in America.

Maybe you should stop ignoring them.

Attorney General Merrick Garland says domestic terrorists fighting for the "superiority of the white race" are the greatest threat to the United States. pic.twitter.com/0UDkBJXAoQ

If we can’t take our country back in 2022, we may never get the opportunity to reverse course ever again.

People accused of participating in the Jan. 6 breach of the US Capitol are facing treatment akin to that seen in 3rd-world countries, @RepLouieGohmert says. https://t.co/ztSTMEfZZa