We Are The National Tea Party The Tea Party are those who possess a strong belief in the Judeo-Christian values embedded in our great founding documents. We believe the responsibility of our beloved nation is etched upon the hearts of true Patriots from every race, religion, national origin, and walk of life sharing a common belief in the values which made and keep our beloved nation great. This belief led to the creation of the modern-day Tea Party.

Being the National Tea Party we are also local. Our millions of members consist of Republicans, Democrats, Libertarians, and Independents who identify with the premises set forth by the U.S. Constitution and we are striking a chord and ringing true with the American Spirit.

We stand by the Constitution as inherently conservative.

We serve as a beacon to the masses who have lost their way, a light illuminating the path to the original intentions of our Founding Fathers.

As a National effort we have a choir of voices declaring America must stand on the values which made us great, only then will the politically blind see and deaf hear!

By joining the Tea Party, you are taking a national stand for our America. You will be upholding the grand principles set forth in the U.S. Constitution and Bill of Rights.

Reminiscent of Tienanmen Square where a few stood to defy tyranny and demand liberty and democracy, a few patriots stood in protest representing the American people. We are more than lowly protesters; we are the type of Americans the Founding Fathers envisioned over 240 years ago as true Patriots of courage and valor.

TeaParty.org is a national nonprofit organization filled with fearless Patriots with a solitary stance; The Tea was brewing! Young and old, wealthy and poor, patriots of all colors and backgrounds began to rally with a new energy, energy reminiscent of pictures in old American History books. Word of mouth began to spread. Citizens began calling loved ones, proclaiming, “We The People Rule!”  many blogged on their laptops, or messaged family and friends. The energy began to sweep across the nation.

The media began to take notice. America was deeply moved, right down to her soul. A new voice began to speak, and a new hope was spawned. Gathering crowds grew from hundreds to thousands, and then swelled to the millions. 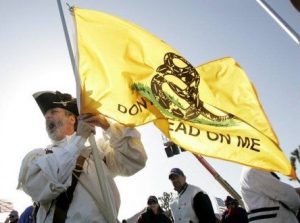 As citizens became increasingly frustrated by “politics as usual,” Patriots across America began seeking a new voice, one  echoing from the pages of history. What would we name this voice? It soon became obvious, for our very own heritage held the key to unleashing the American Spirit. The Tea Party was the perfect choice. The Tea Party concept was far superior because it removed all the obstacles of party lines along with the baggage of confused issues, and focused only on a few key points.

From this humble beginning a movement was born. The Tea Party Movement, born from obscurity, without funding, without planning, was a spontaneous national force shaking the very glass foundation of the oligarchy which rules in our name but without our blessing.

We took our stand, thousands joined, and then millions assembled across our beloved nation. Today, tens of millions of Patriot voices resonate in unison “We The People Rule!” In spite of ongoing hateful ridicule we stood our post, day by day, month by month and now year in and year out. We will not stop.

Needless to say, this National Tea Party Movement has grown far beyond belief, from a handful of brave Patriots to tens of millions. Many have been declared as the founder of the modern-day Tea Party; to that we can say: “The true founders of the Tea Party were the brave Patriots who dared challenge the status quo in 1773; we are merely their beneficiaries.”

A word from Tea Party C.E.O. 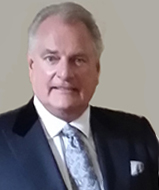 Many of America’s dilemmas lay squarely on the shoulders of We The People but  we must not define ourselves by the calamities in our lives, but by our resolve to pick up the pieces and keep marching. The power of a few can change a nation, save a people and illuminate a generation.

Commonsense, Conservative, Constitutional Self-Governance Is Our Mode Of Operation. Yes, we are a Judeo/Christian nation. However, you do not have to be Jewish or Christian to enjoy freedom. The Tea Party welcomes all red-blooded U.S. Citizens and those who legally reside in our beloved nation.

TeaParty.org is the only National Tea Party organization praised by Dr. Michael Savage in his book, Trickle Up Poverty, pages 18 through 24. The book is highly recommended!

We may be old fashioned, but we believe it is not foolish to pledge our lives, liberty, and sacred honor to the greatest nation that ever was or ever will be. The nation of the people, by the people and for the people, to that we shall strive to carry forward the mantle of the Tea Party, keeping alive the voice of freedom.